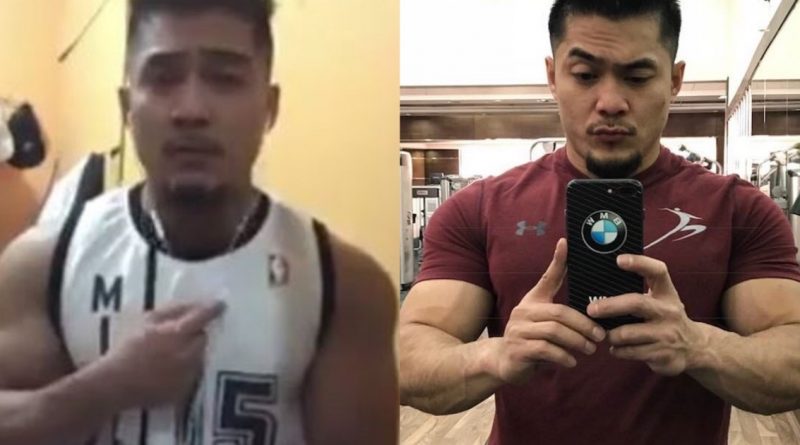 Last month, an Overseas Filipino Worker named Herald Ponteras became the talk of the town after he boasted his monthly salary, causing several news outlets and social media pages to post stories about him. Mr. 62, as what netizens call him, started talking about his five-digit salary again.

The controversial OFW, who is currently working as a fitness instructor, mentioned that he’s earning at least P62,000 in a month and contradicts the government and President Rodrigo Duterte’s decision to bring all the Filipinos working in Kuwait back in the country. This is due to the increasing numbers of abused and maltreated Filipino workers. The government did not have any choice but to impose a strict employment ban in Kuwait.

Ponteras received a lot of criticisms and negative feedback from angry netizens due to his distasteful remarks on his controversial video. After the backlash, he apologized for his statement.

However, it seems that he is up to bragging about his monthly salary again. In a Facebook page named Pilipino sa Kuwait, they uploaded another video footage of Mr. 62 while he was interviewed by a Kuwaiti national.

Although he answered all the questions politely and explained that he never had a single problem with people in Kuwait during his ten years stay in the country, Ponteras started boasting about his monthly salary. He also stated that he will never get such amount in the Philippines.

Netizens who watched the videos cannot help but react negatively after he mentioned his salary again.

What can you say about this? Feel free to leave your comments in the comment section.