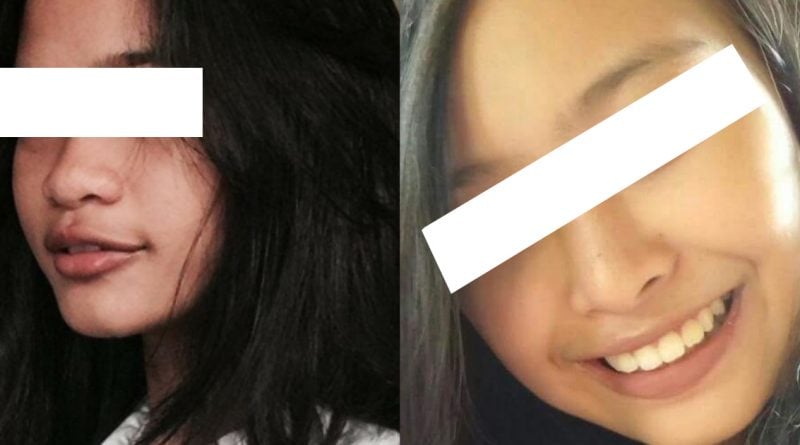 A video starring a group of girls bullying another girl who’s not fighting back is circulating on social media.

What is the Video All About?

Zydney’s friend can be heard saying that the slaps are for her, for her friends, and for what Tasha did to them. Although she’s slapped several times, Tasha remained passive and did not fight back.

It turned out that the girl got jealous of the poor victim and Tasha did not really do anything to her and her friends.

What the girls did is a direct assault and is considered more than just bullying. Tasha’s mother, who is working as an Overseas Filipino Worker in Abu Dhabi, found out about the bullying. After watching the video, she cannot control her anger and posted it on Facebook.

Some people who commented on the mother’s post have the same sentiments and anger. Some are suggesting to have the girls kicked out and blacklisted on other schools. 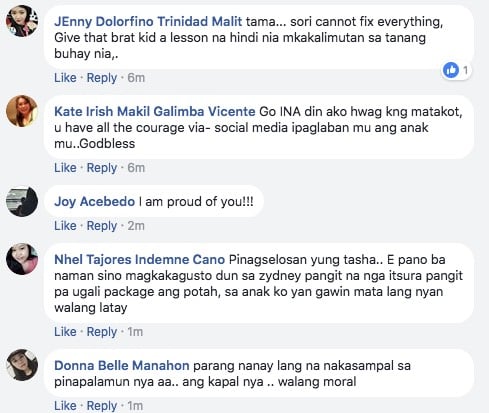 A lot of people are calling out the girls’ school [name withheld] to take action on the matter. It turned out that in light of the school bullying video, the school already reprimanded the students. The school released a statement saying that the matter has been looked into and is being fixed. According to them, the incident happened last year.

But because of the incident, a lot of students are now worried about their safety. A student left a comment on the school’s post asking about the safety of the students. 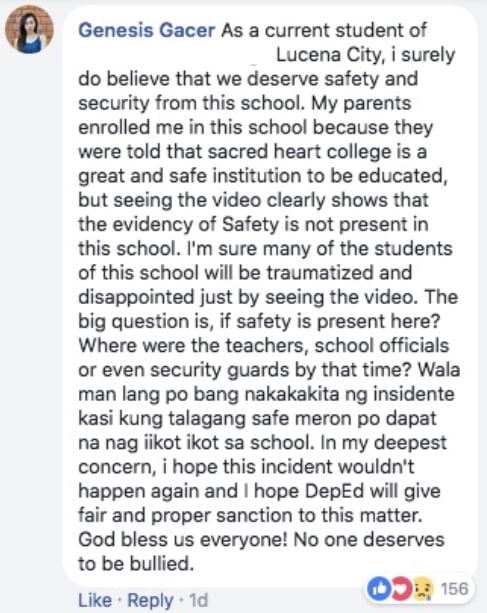 A Facebook page under Zydney’s name released a statement saying that she’s sorry and she deserves all the ******* and bullying from netizens. According to her, the video was taken last year and she’s regretting her past actions.

However, Tasha’s mother does not want to accept her apologies. This is understandable since as a mother, it hurts her to see other people hurting her precious daughter. 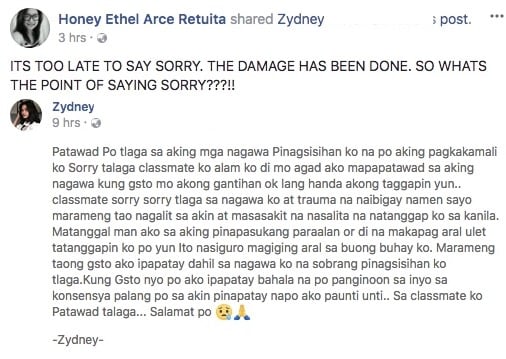 Bullying exists and most often, gets unnoticed. Most of the time, victims of bullying do not ask for help. If you see someone being bullied, speak out. Try to stop them. Get help. The video is a wake-up call for everyone.