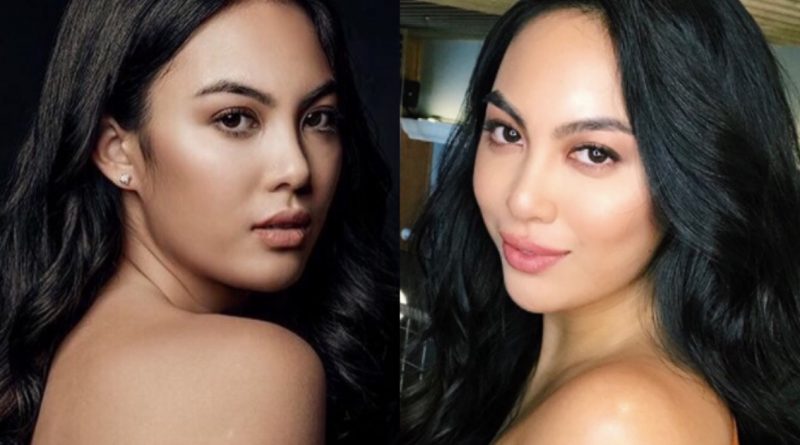 Any girl knows a thing or two about being body shamed. What hurts more is that it usually comes from a family member or a relative. Whether it is being called names like “taba” or “payatot” or getting called out because of your shape, some girls do not want to attend family reunions and gatherings due to the fear of being body shamed.

Body shaming happens to anyone, especially to celebrities. One of them is Dominique Cojuangco.

Putting an End to Body Shaming

Gretchen Barretto and Tonyboy Cojuangco’s unica hija, Dominique, took a stand against body shaming after netizens commented about her weight in the recent video of a local fashion website, Preview. The fashion magazine showed her glamorous and playful sides as they challenged the young woman to eat different side dishes without ruining the latest trends like glittery lips, long nails, and glossy eyes.

However, instead of appreciating the video, some people choose to pick on her weight. But Dominique did not just ignore the comments.

She took to Instagram to call out the netizens who left comments on the video. Dominique emphasized that it is inappropriate to mock anyone because of their weight. She also encouraged everyone to inspire instead of giving unsolicited advice.

I’d like say: I head over to the video to find comments like “chubby” and “diet lang”. For a second, I thought that it was fine. I was raised in a loving environment that allows me to not be bothered by unsolicited remarks. However, it isn’t alright and it really isn’t about me. None of us should tolerate body shaming or shaming of any sort! Let’s not deem this as “normal” – there’s space for change. I hope that today and everyday we can be the type of people that lift eachother’s spirits:) Whether you’re less than a size 0 or over a size 12… Happy women’s month to females of all shapes, race, age, and religion.

Netizens expressed their appreciation for the encouraging words of the young lady. 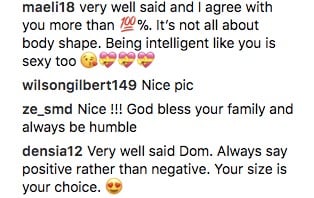 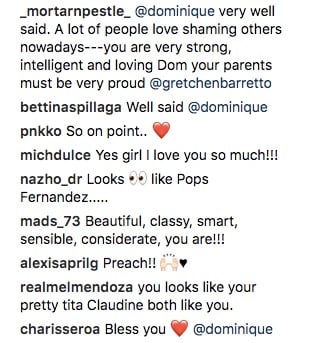 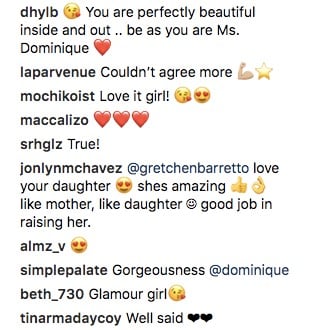 Gretchen also commented and praised her daughter for positively addressing the issue.

Body shaming is a form of bullying. You may never know what the person is undergoing. Let’s encourage people, not hate. If you saw a person body shaming someone, call them out. Body shaming is not okay.