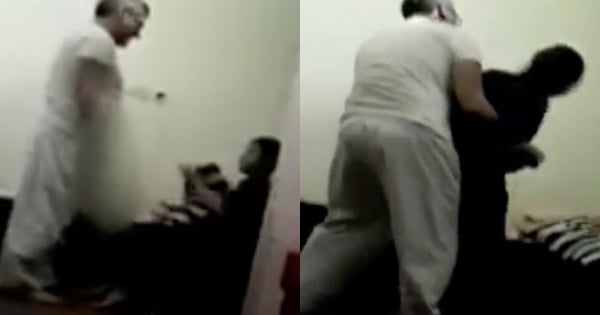 Many of our Overseas Filipino Workers from Kuwait were given a chance to go back to their families in the Philippines. Their return sparked the chances of hopefuls from other parts of the Middle East to be rescued from the hands of their abusive employers.

This includes a Filipina domestic helper named Jean Ramos, who is based in Riyadh, Saudi Arabia. Jean’s boyfriend, Michael, seek the help of veteran public service host Raffy Tulfo to rescue his girlfriend from her current employers. He brought with him a video footage evidence showing the ***** made by the male employer to his girlfriend.

In the said video, the Filipina household helper was taking some rest and sitting inside her bedroom when the male employer stormed in, approached her, immediately unfastened his pants, and showed off his private part, much to the OFW’s surprise.

Jean tried to cover herself against her employer. She refused the sexual assault and was about to leave the room but the offender kept on hugging her to prevent the domestic helper from escaping from the situation.

Not the First Time

According to Michael, this is not the first time that the employer tried to ***** his girlfriend. Jean started to tell him about the situation since February 1, where she called him and told him that she was raped. This is the third time that the male employer abused Jean sexually.

Jean is yet to confront her female employer about the *****. She is fearing that letting her know about the incident will end up with her suffering instead of being rescued from the abuser.

No Help from the Agency and POLO

Michael revealed that he tried contacting Jean’s agency, Hannan International Manpower Agency, but the number is out of reach. He also called the Philippine Overseas Labor Office in Riyadh and talked to a person named Manny Mortilla who did not help him at all.

Raffy Tulfo asked help from Marrisa Cruz of the Advocacy and Social Marketing Division of the Overseas Workers Welfare Administration who confirmed that Manny Mortilla is not from their agency. The team also spoke with the agency’s liaison officer, Jeremy Calangan, who promised to take action immediately. With Raffy’s initiation, the agency will contact their counterpart in Saudi Arabia within the day to rescue to OFW.