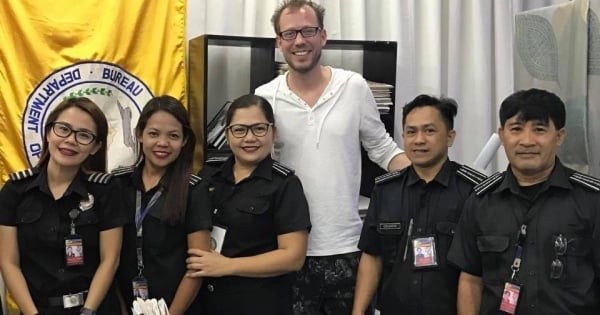 Just recently, we reported a negative experience shared by a Korean national with the Clark International Airport’s Bureau of Customs. Due to the experience she had with some of our officers, the Korean doesn’t want to return to the country anymore.

But not all foreigners are suffering from bad treatment in the Philippines. Some of them are living happily in the country while there are others who are extending their trips because they are enjoying everything that the country has to offer. One of them is Stephen Speaks member Rockwell Ryan Ripperger.

Great Experience in the Country

Ripperger spearheaded a benefit concert for Marawi troops. Soldiers who were wounded in action became the beneficiaries for the recently concluded concert of Stephen Speaks at Taguig City. 15 percent of the ticket sales of the band’s concerts in Manila, Boracay, Iloilo, and Davao were given to the wounded troops.

But other than holding concerts around the country, the Stephen Speaks vocalist is also starting his advocacy on protecting, rehabilitating, and restoring of the Visayas Sea. Ripperger is passionate about coral reef restoration and protection of the marine ecosystem.

Last February 21, the singer expressed his concern because he is staying for more than a month in the country and is already considered an illegal alien. Since he never experienced being an illegal alien before, he is afraid that he might get deported or might be put in jail.

So I have been here in the Philippines more than a month, and I am technically an illegal alien.I've never been an…

Filipinos quickly helped the singer and provided information on how he can extend his stay. Some even offered their prayers for him.

Luckily, Ripperger did not experience any troubles with the Bureau of Immigration. He even jokingly posted:

This just proves that the Immigration officers assisted him to the best of their abilities. Hearing positive stories from foreigners about their experience dealing with government officials and entities just prove that it is really #morefuninthephilippines.