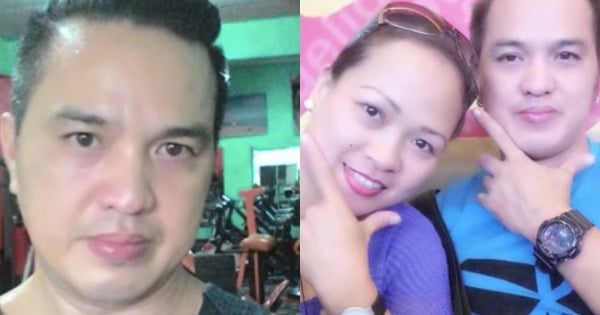 Not everyone is lucky enough to find their partners for life. While there are others who are happily married or in a relationship with their soulmates, there are also others who are still looking for their life partners.

Unfortunately, there are also people who are suffering from heartbreaks after their previous partners decided to be treacherous and end their relationships. A former OFW in Japan learned her lesson the hard way after her former partner run away from her with her hard-earned money.

A former OFW and now a resident of Japan, Cynthia Udagawa thought she already found someone who will be her life partner. She’s in a relationship with Joseph Go since 2012. At the beginning, Cynthia lets Joseph handle her money and even if he is not asking, she is sending him money.

The former OFW also revealed that they were already planning to get married in Japan by April this year. She already paid a large amount of money to fix Joseph’s company visa.

But things went sour when she sent almost P150,000 to him. This money was supposed to pay for her properties in the country. However, after receiving the money, Joseph blocked her on Facebook and stopped all means of communications. So Cynthia started to make her own investigation.

Upon further checking, she learned that she’s not the only victim of her former boyfriend: She is the 10th victim. Cynthia also learned that Joseph is targeting OFWs in Japan.

Since Joseph is dropping the call, Raffy Tulfo and his team called his brother, John Go. John confirmed that it is not the first time that they hear women complaining about his brother’s “modus.”

He also revealed that Joseph doesn’t have any job and his only means to support his son is by getting money from ladies who fall in love with him.

After Col. Raymond Ligudin of the Anti-Fraud Department of CIDG suggested to file estafa against Joseph, Cynthia updated Raffy Tulfo in Action Team and the viewers.

According to her, Joseph already contacted her and settled everything once and for all. He paid her P50,000 last January 30 and another P16,500 last February 13. A Toyota Corolla XL 1994 was also given to the former OFW as payment for the rest of the debt.

You may watch the whole video here:

How far do you think you can go when it comes to love? Are you willing to embrace all the hardships? What if your partner hurt you several times? Are you still willing to sacrifice? Let us know in the comment section below!