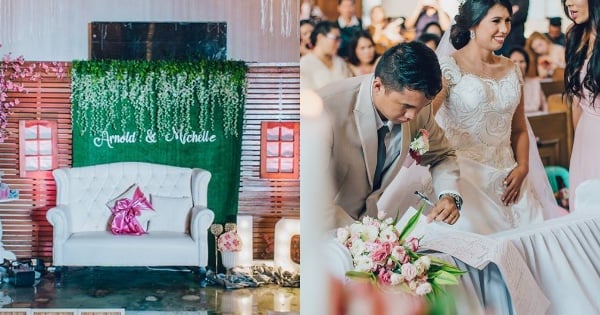 A lot of netizens were angered when Aksyon sa Radyo, hosted by Raffy Tulfo, featured a newlywed couple who is asking for a refund from their wedding coordinator. The bride, Michelle Enero Medilo, accused Ann Atienza of Art Imaging and Visuals Events Services of ruining her dream wedding.

At the beginning, Raffy was surprised and angered upon seeing paper plates on top of the reception tables. However, things took a 360-degree turn after talking to the subject of the complaint.

According to the complainant, Ana Marie did not follow the things mentioned in the contract such as the backdrop that they talked about before. She also pointed out that the coordinator failed to control the crowd, resulting in some guests not being able to eat, particularly her mother-in-law. Plus, the flowers in the bridal car and her bouquet are not properly set up.

Response From the Wedding Coordinator

The wedding coordinator is willing to give a refund for the package that involves the backdrop. She mentioned that the ceiling that the bride was pointing out was different from the photos she showed during the planning session since the venues are different. Because of the limitations of the venue that the bride chose, they cannot copy the exact design that they made for the sample. She also said that they allowed guests to come in since the visitors’ names are on the guest list.

Ana Marie cannot contain her frustration with the couple since 95% of the wedding was successful. Raffy Tulfo also agreed with the coordinator that a full refund should not be given since service was rendered.

Since the complainants were insisting for a full refund, Raffy cannot help but tell her that the show is intended for balance and fairness. He also suggested for the couple to raise the complaint to court or have their wedding in the United States and the show cannot help them anymore.

Side of the Wedding Coordinator

Ana Marie turned to Facebook to share her side of the story. She decided to reveal everything after the couple asked Raffy Tulfo for help.

According to Ana Marie, before the reception ended, Michelle thanked the coordinator and the set-up for the successful event. She also unveiled photos wherein the couple and their guests were having fun throughout the event. A picture of the mother-in-law that the bride claimed was not able to eat was included in the batch of photos released by the wedding coordinator.

What will you do if your dream wedding turned into a nightmare? Will you do the same?