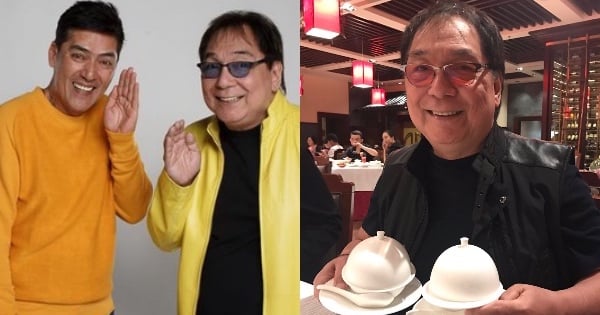 Netizens were not happy with the remarks made by famous comedian and TV host Joey de Leon to the winner of the All For Juan, Juan For All segment of Eat Bulaga! last February 20. The segment was conducted in Olongapo City with Paolo Ballesteros, Jose Manalo, Wally Bayola, and Maine Mendoza where they meet the participant. The other remaining hosts, Vic Sotto, Joey de Leon, and Allan K remained at the Broadway Centrum studio in Quezon City.

The contestant named Mary Jane admitted that she used to work as a prostitute in Pasay City. However, her life changed after becoming a born-again Christian when she started living in a ministry-shelter in Olongapo City.

A lot of netizens are calling out the TV host. According to them, instead of showing sympathy to the contestant, Joey de Leon offended the contestant when he jokingly asked her if she had a customer from Eat Bulaga.

Based on the video showed by Eat Bulaga!, Mary Jane came from Panabo, Davao del Norte but choose to go to Pasay City to search for a job. She ended up selling her body for money since she cannot find a source of income in the city.

She ended up having two children with two different customers. During her second pregnancy, she met a woman who took her to the ministry-shelter in Olongapo City, where she and her youngest son lived for four years. However, they need to get out of the shelter since they are already overstaying.

The All For Juan, Juan For All winner cannot contain her happiness. She will use the prize money she got to start a new life with her two children.

At one point during the segment, Joey delivered a joke that netizens find offensive.

Joey also pointed at the two other hosts, Jose and Wally.

Although Mary Jane did not say anything, netizens were furious.

Joey is not airing his side yet. There is surely a good explanation regarding the joke. After all, they just want people who are watching the noontime show to laugh and have fun.