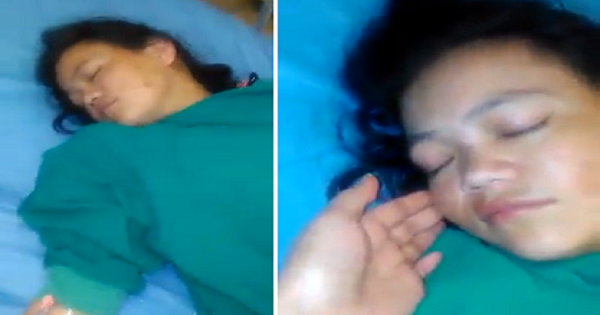 Norisa Manambit, 36, has been working as domestic helper in Damman, Saudi Arabia, since 2017 but her family grew worried when they were no longer able to reach here in the last quarter of the year.

Fearful that something had happened to Norisa, her family tried to find her friends in Damman.

According to Norisa’s niece, Lady Mae Besa, friends of the domestic helper told them she and her employer had a heated argument in January after she was caught using a cellphone. The argument led to a fight, prompting the employers to call the police.

The employers said Norisa was taken by the police and locked up in jail but when her friends tried to visit, they were told she wasn’t at the police station at all.

Upon learning about this, the family reported the matter to Norisa’s agency. According to the report on GMA News, Besa alleged that a staff at the agency told them not to report the matter to the government or with the media while they are still trying to find out what had happened.

“But weeks had passed and we were not given yet the information that we need to appease us. The agency has promised to update us of my aunt’s case. But until now, they would only give us false promises,” Besa lamented.

The family was shocked, therefore, to learn of Norisa’s plight in a post made by a nurse at a hospital in Kuwait. The domestic helper was comatose at the hospital and the nurse took pity because there was no one visiting her there. So, she posted a video of the Filipina lying unresponsive on the hospital bed.

“How can that be? We were so sure she went to Dammam, Saudi Arabia.   How did she arrive in Kuwait?” a confused Besa asked.