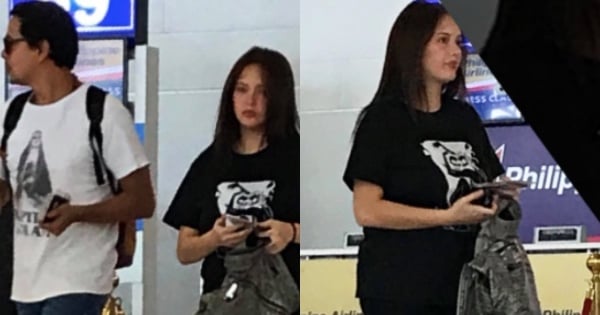 When it comes to show business, the quieter you are, the more people will speculate that the issue is true. If a celebrity decides to keep mum on the issue, people will think that they are saying “yes” to everything that is being thrown at them.

This is what is happening to rumored couple John Lloyd Cruz and Ellen Adarna. Until today, people are speculating that there is something between the two celebrities.

According to PEP, it appears that the controversial couple held their wedding on the eve of the Chinese New Year. There were also rumors that the wedding preparation was rushed since the wedding happened in a church in Quezon City around 8 in the morning.

Are There Any Proofs?

However, some Catholics disagree with the rumors, especially since people were claiming that they rushed everything. If a couple will wed in a church, there are a lot of things to prepare. These things include pre-marriage seminar, canonical interview, marriage license application, marriage and wedding permit application, birth certificate application, CENOMAR, and other prerequisites.

Some people were also claiming that if it happened in a church, there should be photos now that are circulating on social media. Since there are no solid proofs, there were claims that the two underwent a civil wedding somewhere in Quezon City and the mayor himself officiated the event.

To put an end to the speculations of the public, Quezon City Mayor Herbert Bautista sent a message to PEP. According to him, he did not officiate any events for John Lloyd and Ellen.

After news about Ellen’s alleged pregnancy spread, the public and the media cannot stop but speculate whether the two are really in a relationship.

What do you think? Do you think they are really a couple? For us, as long as they are happy, we are happy for them.