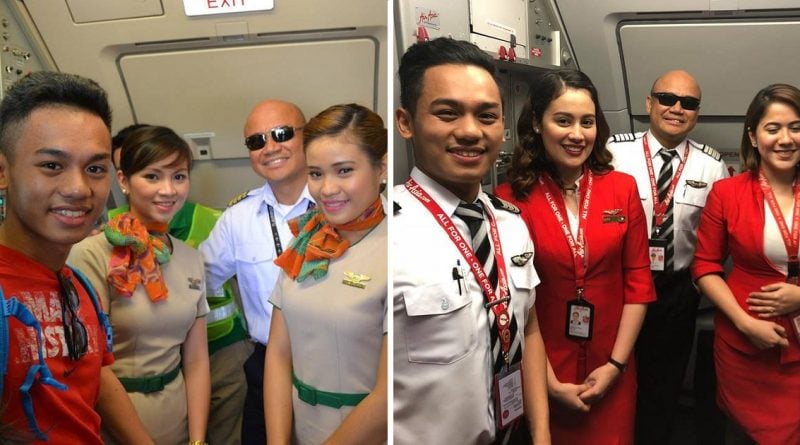 When he took a photo with the flight crew as tourist and passenger in 2013, Eli John had no idea that he will be able to replicate the picture when he becomes a first officer, training to become a pilot.

In a post that has gone viral on Facebook, Eli shared the photos that many found inspiring.

Five years ago, I was just a tourist, a college student, a passenger. Always excited to have a picture with the flight crew.

Little did I know that the captain in the first photo would be my instructor during my training as a first officer. Lol.

Dreams really do come true if you believe

The pilot was identified to be Capt. Erol Sampaton. Many couldn’t help but admire this man, saying he looked like he hasn’t aged since the last photo was taken even though the pictures were taken 5 years apart.

While there were some who think Eli was ‘faking’ the photo and had just borrowed a uniform and ID from the flight crew (is that even possible?), the photos were for real and he’s a real pilot in training. As first officer, he plays an important role in helping the pilot during a flight.

He’s was even able to pilot small planes but a few years from now, he’ll become the primary pilot in a flight. Who knows? Maybe there would be another young dreamer who would take a photo with him and his flight crew, and would become a flight crew on some flight with him in the future?