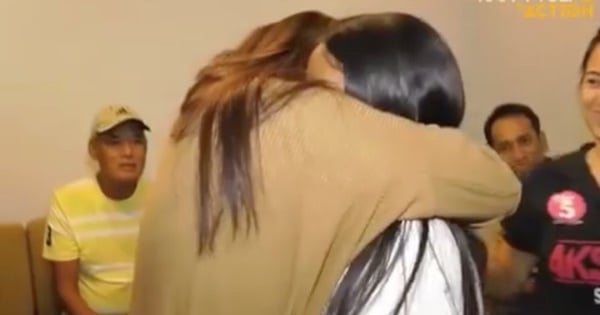 A family is important in developing the emotional and cognitive growth of a child. A child learns about relationships, manners, worth, and self-esteem from their families.

There are simple steps that can help build a stronger, happier, and healthier family: having fun family meals, staying at home together, and going on group trips. You can also celebrate events, holidays, and occasions together too. But what if one of your family members is gone? Is it going to be easy for the whole family?

This is what a family from Pampanga experienced after losing their two-month-old child since October 4, 2006.

The Reason for Kidnapping the Child

In an episode of Raffy Tulfo in Action, the complainant and mother, Rubymar Salonga revealed that before they lost their baby, they know and trust Perlita Cueto since she’s like a relative to them. They did not expect that one day, she will take their baby and will disappear without a trace.

When asked, Perlita confirmed that she indeed kidnapped the child. According to her, she took the then two-month-old baby from her mother because of her extreme love to her former lover turned husband, Gilberto Cueto. After telling him that she’s pregnant and delivered their child, she took the baby, introduced her as their own, and named her Jillian Cueto.

Three years after the incident, Perlita experienced severe beating and ***** from her partner. She wanted to leave him but she cannot take Jillian with her.

To confirm who the real parents of the kidnapped child are, Raffy suggested undergoing DNA testing. He also explained to the child that a person from the City Social Welfare and Development Office will talk to her and she needs to answer several questions.

At first, Gilberto refused to immediately return Jillian. He requested to take the matters into the hands of the authorities first and wait for an order from the court for a DNA testing. He also refused to come with Raffy Tulfo in Action team with the child without a court order.

But his mind changed and eventually allowed the team to conduct a DNA test. According to the test, Rubymar is 99.99% the mother of Jillian.

Everything ended well for the family, with Jillian reuniting with her real family. She can now spend every day in the loving arms of her real parents and siblings. Meanwhile, Perlita will face kidnapping charges and a broken marriage.

Posted by Raffy Tulfo in Action on Tuesday, February 27, 2018