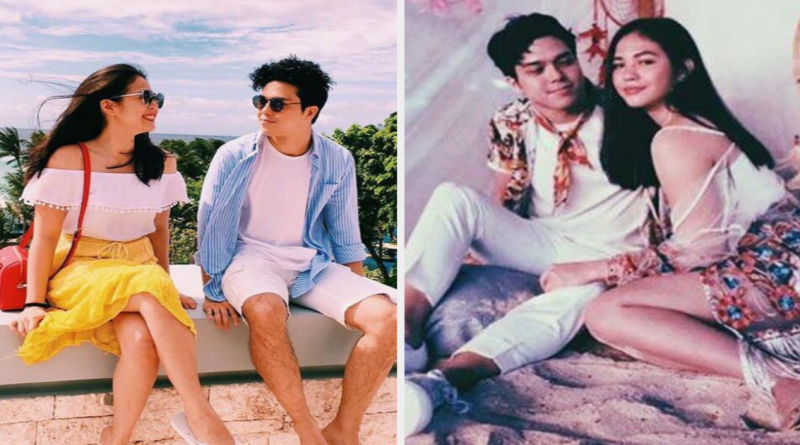 Love team Elmo Magalona and Janella Salvador guested on ABS-CBN’s “Magandang Buhay” on Wednesday, February 14 to promote their movie “My Fairy Tail Love Story” which is now being shown in cinemas nationwide.

In previous interviews, Elmo had been honest to admit that he considers Janella to be special.  But then, he also knew she is still young and not yet ready to be involved in a romantic relationship.

When asked about his feelings towards his on-screen partner, Elmo said he understands Janella’s situation and respects that she’s only 19.  However, he claimed that he is willing to wait for her.

Elmo added that Janella knew she is special to him.  Though they can’t be in a relationship as of now, he claimed he is just happy that they have this certain friendship that goes deeper as days pass by.

On the other hand, Janella claimed she did not set a timetable as to until when Elmo should wait for her.  She then emphasized that she doesn’t believe in dating many and would rather go for a long-term relationship with a guy whom she would date to marry.

When asked if she considers Elmo as “the one” for her because they were already dating, Janella said if the day comes that they will be together, it would also mean she had been praying to be with him until the end.

For the young singer-actress, it’s important for any relationship to have a label but one should be very sure about it. She also sees nothing wrong with admitting the fact that Elmo is also special for her.

Meanwhile, Elmo shared that Janella taught him to solve immediately whatever misunderstanding they have and eventually forget about it.

Elmo is the son of Pia Arroyo-Magalona with the late “Master Rapper of the Philippines” Francis Magalona.