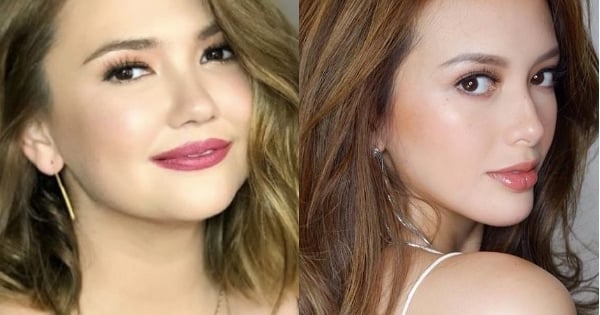 It is not surprising if a celebrity’s social media post sparks controversies. However, if it is connected to another celebrity, a lot of people starts to make speculations.

The latest Instagram post of Kapamilya actress Ellen Adarna is one of the most talked about news now. A lot of people were left wondering: is she pointing to somebody else?

The actress posted a scene from the movie “Meet Joe Black” in her Instagram Stories. This particular scene was taken where the main character, Anthony Hopkins, asks Brad Pitt:

What Is The Reason Behind It?

The said Instagram Story controversy started after Angelica Panganiban’s interview. Angelica is the ex-girlfriend of John Lloyd Cruz, Ellen’s current flame, and the two dated for two years before their controversial split that became the center of attention for quite some time.

During the interview, Angelica admitted that she had a hard time moving on from her past relationship with the Home Sweetie Home actor.

Revelation From a Conclusion

The actress also revealed that she and her ex-boyfriend never really broken up. She did not mention any names, but a lot of people knows that she is referring to John Lloyd Cruz.

The series of videos posted which starred John Lloyd and Ellen pushed Angelica to think that their relationship is finally over.

Despite all the heartaches she felt, the Kapamilya actress clarified that she is okay now and she is just waiting for full forgiveness. She also stressed that forgiving is for herself and not for anyone else.