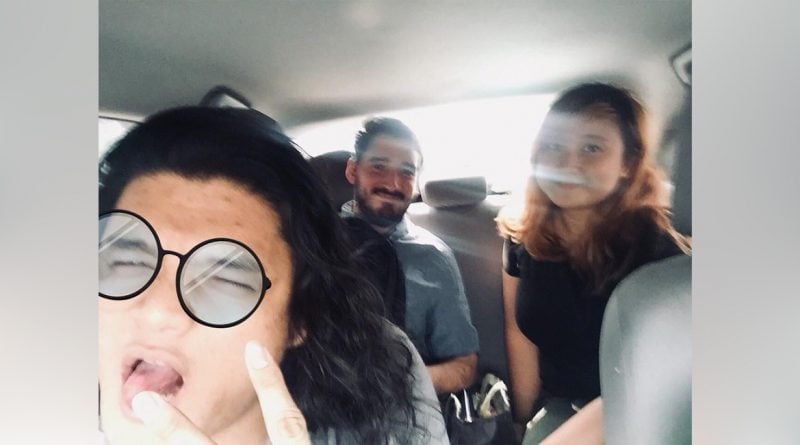 Anyone who uses UberPool will know the convenience it brings in saving money, but this can sometimes lead to awkward moments with your fellow passengers.

This is what exactly happened to AJ Magallon, a Manila-resident, who was running late for work but did not expect a carpool ride with his ex-girlfriend and her current partner days before Valentine’s Day.

To make the encounter light, Magallon took a selfie and posted in to Facebook and joked that Uber had made a massive error.

“Hi, Uber PH, I matched with my ex and her new guy in Uber pool. Maybe there’s something wrong with the application. Valentine’s Day is near. Please have a fix on this ASAP,” he wrote on Facebook.

Hi Uber PH I matched with my ex and her new guy in Uberpool. Maybe there's something wrong with the application. Valentine's Day is near. Please have a fix on this ASAP

During the journey, Magallon, who was sitting beside the driver, was surprised when his ex-girlfriend’s name and location popped up on his Uber driver’s phone, indicating they would be picked up next.

“I was picked up first by the driver then his cellphone alerted that we will pick someone up. So I checked the location of the other rider, then saw her name and the location,” Magallon told ABS-CBN News.

Good thing there was apparently no bad blood between him and his ex. The former couple have been together for about two and a half years, and they remained friends after their breakup last year.

And Magallon answered, “Asked them where they are going. And yeah i talked to the guy about Playstation 4 games and we’ll be playing Monster Hunter soon.”