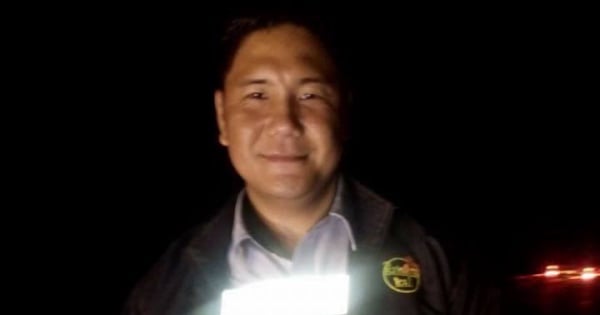 We hear a lot of horror stories involving our police officers, particularly our traffic enforcers. There are stories of ***** of authorities while there are also some who use their position to extort money from other people.

But not all of our officers have bad practices. A lot of them are also doing their jobs to the best of their abilities, without waiting for anything in return. Some of them are even extending their help to those in need, even if it is outside their working hours or job description.

This NLEX patrol, as shared by a netizen, definitely deserves an award.

A netizen named Donna Domingo shared her experience dealing with an NLEX Patrol named Ace Navarro. According to her, their car stopped at around 3:30 in the morning near the Angeles Exit of NLEX. Mr. Navarro came to them and tried all the possible help he can give. While waiting, Donna cannot help but think that after helping them, the officer will ask them for money.

Since the car won’t start, Mr. Navarro called the towing service. But before the truck arrives, they asked several times for extension, praying that the car will start. Fortunately, the car heard their prayers and miraculously started after the engine cooled down.

Before they left, they noticed that their rear tires are flat too. Mr. Navarro was the first person to help them change their car’s tire.

Not Accepting Any Bribes

There was never a single time that the netizen heard Mr. Navarro asking for money or talk about a “padulas” so she took the initiative to give him money for coffee. However, the NLEX Patrol refused it.

Mr. Navarro is a role model for all officers in the country. He is the person who deserves a promotion.