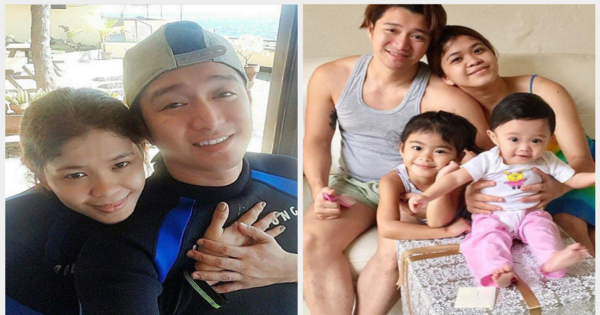 In an exclusive interview with Philippine Entertainment Portal (PEP.ph) after the press conference of GMA’s newest drama series “The One That Got Away” (TOTGA) on January 4, new Kapuso star Jason Francisco opened up for the first time about how he and wife Melai Cantiveros were able to save their marriage when they briefly split in 2016.  Jason claimed it made their relationship even stronger as both of them realized that family is their priority.

Jason shared that as a couple, they learned to be selfless when they had a misunderstanding because they knew that their kids were the ones most affected. As a result, they became more mature, they value their family most and their relationship comes out even stronger.

The Kapuso actor admitted that it was hard to get away with the image he had been first known of when he joined ABS-CBN’s reality show “Pinoy Big Brother: Double UP”.  Apparently, Jason was introduced as “Boy Astig ng Mindoro” so people thought of him as stubborn and war freak so he got frequently bashed on social media.  However, he claimed to be exactly the opposite of it.

It was in PBB House where Jason and Melai first met and fell in love with each other.  The PBB season lasted for 4 months from October 4, 2009 to February 13, 2010.

Meanwhile, the couple celebrated their 4th wedding anniversary last December 9, 2017. Jason went on to proudly and happily say that he and Melai are now going strong.

Jason claimed to be the one who is strict when it comes to handling family matters and is the one thinking more about their future. Having said that, he emphasized that he opted not to share so much about it in public to avoid unnecessary intrigues.

For whatever problem their marriage might be encountering in the future and whatever his bashers may have to say, Jason was firm in saying that what matters most is the fact that their family is strong and intact.

Jason and Melai are parents to two daughters, 3-year-old Mela and 8-month-old Stela.