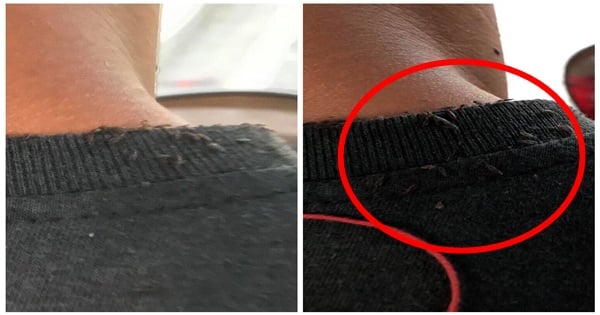 Facebook user named Primo Onipa posted a series of photos and a video of a tricycle driver with lice on his shirt; the post had gone viral on social media.

He said on his post that the tricycle driver has bad breath and he noticed that there are many lice on his shirt. He speculated that the man didn’t change his shirt for over a year and that he did not take a bath.

A lot of netizens tagged their friends and talked about the tricycle driver’s poor hygiene. Some are saying that he’s really disgusting.

While some are having a good laugh with the driver’s lice, some netizens weren’t amazed by the Facebook user’s post for ‘awareness’.

Some are saying that he could have approached the tricycle driver instead of taking a video without his consent and uploading it on social media.

But a netizen said in defense of Primo, he said that he didn’t intend to embarrass the tricycle driver; rather he wants people especially drivers who are exposed with passengers should know proper hygiene and if they were in Primo’s situation, it was really hard to approach someone you just met and tell them they have lice on their head or they smell really bad.

What about you, what would you do if you encountered a situation like this?