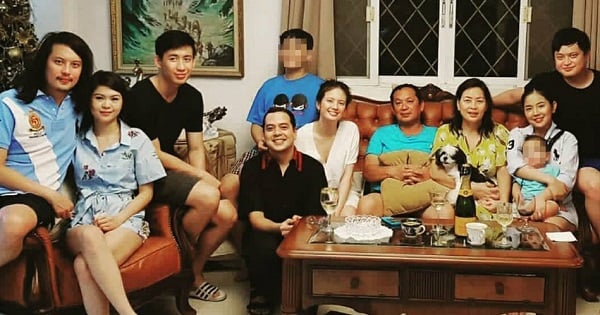 Rumored couple John Lloyd Cruz and Ellen Adarna have yet to confirm whether they were an item or not, and have certainly not said anything about rumors that Ellen is pregnant but netizens couldn’t help but peruse their latest photo together, trying to spot the ‘baby bump’, if ever there was one!

According to PEP, the 34-year-old actor had spent the New Year’s Eve celebration with Ellen’s family in Cebu City.

Fans would soon share photos of the rumored couple together with Ellen’s family, fueling speculations that the two were officially an item and that the relationship is approved by the Adarna family.

In one of the photos, the two were seen smiling together with several people who were identified as members of Ellen’s immediate family.

The photo sparked social media frenzy as netizens speculated that John Lloyd could be sitting in front of Ellen to ‘hide her baby bump’ from prying eyes. A cleverly placed glass of champagne was also on the table, effectively hiding Ellen’s tummy so that netizens were left scratching their heads and wondering if there really was a baby bump there to see.

Another photo also surfaced of the family having their picture taken in front of a large Christmas tree but the ‘baby bump’ was still not clear in the snapshot.

As of press time, the couple still has not confirmed the rumored pregnancy or whether they should be considered as an official couple but if Ellen is really pregnant, then we’ll know for sure sometime this 2018…