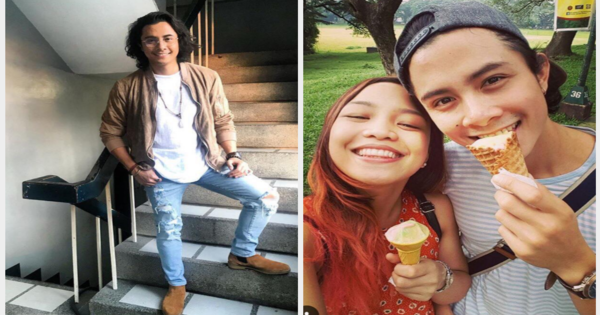 Kapamilya star JC Santos admitted relationship problem with stage actress girlfriend for 4 years.  The actor did not elaborate on the details but he said it has something to do with his showbiz career in general.

In an interview with PEP.ph during the grand media conference of the movie “Mr. & Mrs. Cruz” in Quezon City last January 9, JC claimed that his career becomes his priority this year.  However, as much as he could, he wanted to keep both his relationship with Teetin Villanueva and his career.

When asked if Teetin gets jealous with his showbiz career, JC claimed it’s about his career in general as his priorities had changed. He added that since they were heading towards different paths, they opted to just separate ways.  JC believed if they were really meant for each other, they don’t need to put so much pressure on their relationship.

Meanwhile, after the hit movie “100 Tula Para Kay Stella” with Bela Padilla, they will soon be working again on a follow-up movie project which they will start shooting either later part of January or early February. JC admitted being very excited to be working again with Bela.

JC’s fans were surprised upon seeing Ryza Cenon as JC’s partner in the movie “Mr. & Mrs. Cruz” which served as his second mainstream project.  But then, he said he was so lucky to be paired with Ryza who is very disciplined because he learned so much from her.

“Meant to Beh”, one of the official entries during the 2017 Metro Manila Film Festival is JC’s first mainstream movie project where he plays the son of Vic Sotto and Dawn Zulueta.