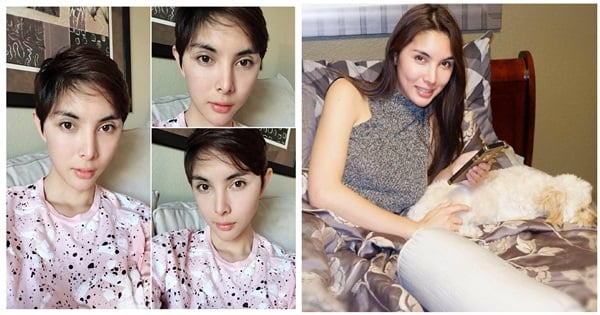 Who would have thought that this former ‘Eat Bulaga’ Super Sireyna would transform into a man?

Super Sireyna Queen of Flowers 2014, Sabel Gonzales returned to his male identity as Mark Estephen which shocked everyone including the lesbian, gay, bisexual, and transgender (LGBT) community with his announcement but they were very supportive with his decision.

He joined the afternoon variety show segment ‘Super Sireyna’, a beauty contest for gays and trans women aired way back 2014 and used the stage name “Julia Barretto”. Furthermore, he became the representative of the Philippines in Miss International Queen 2017 at Pattaya, Thailand wherein he reached the top 10 but Thailand won the crown.

Last January 23, he used his Facebook account and posted a status saying that God can only change him and that he has found his freedom.

“It’s 2018, and I found my true happiness in life from Our Lord Jesus Christ. Only God can [bring] change to you and to me… so accept and follow Jesus now as our savior and repent from our sins. He is the only way, the truth and the life to be with the Father and to be in heaven,” he said.

Netizens and his supporters showed their utmost support.

“I realized that I just created an idol in my own desire but not God’s desire. Now, I surrender my life to Him. All glory to God,” he said.

According to PEP, Mark is residing in Arizona, USA and he didn’t undergo sex reassignment.

We’re very happy with his decision and may he truly find his peace and happiness.