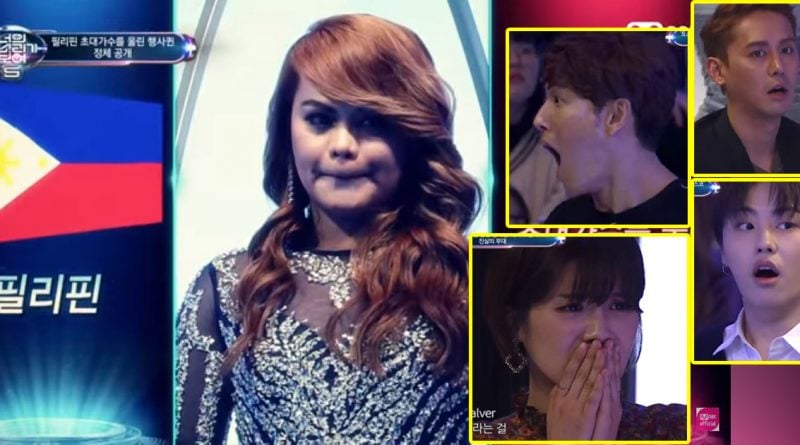 A Pinay contestant was invited to compete at the “I Can See Your Voice” competition in Korea. She wowed celebrity judges, Block B and Kim Sang-hyuk, in her solo of “The Prayer”.

Sephy Francisco, a call center agent, made her debut in the Philippine version of “I Can See Your Voice” with celebrity guest, Jessa Zaragoza.

Francisco, however, traveled to South Korea to compete in the Korean version of the show after she failed to make it to the final round.

Francisco made it on the first episode of Season 5, but failed to make it to the final round.

She added, “Because of my voice I was able to earn money for my family. I really want to pursue my dreams to be a singer and inspire others.”

Watch her performance below.