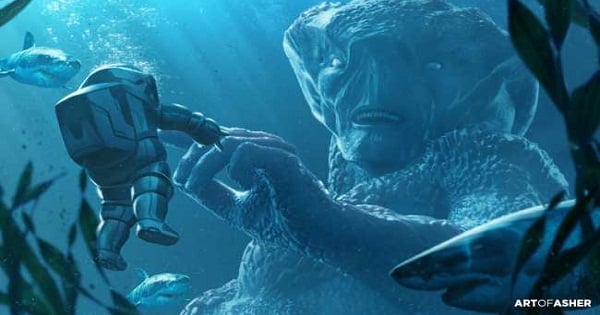 A Filipino from Mabinay, Negros Oriental in Central Philippines, was officially announced as winner of the “Illustrators of the Future” Contest, a prestigious contest that is actually on its 28th year! Asher Alpay bagged a cash prize and will receive a free trip to Hollywood where he stands to win the ‘Golden Brush Award’ and $5,000 in the gala awards ceremony.

Alpay currently works as artist and designer for private clients and companies. Amazingly, he learned most of his craft by himself; though his dad served as his main mentor and inspiration.

According to the Negros Chronicle, Alpay has begun drawing the moment he learned how to hold a pen and pencil. Though he had to stop drawing for practical reasons in college, he eventually returned to the hobby and skill he loved the most. It was a good thing he did that because he’s now on his way to greatness and could well become a popular internationally acclaimed illustrator.

The contest is the brainchild of L. Ron Hubbard, the award-winning author of a best-selling sci-fi novel “Battlefield Earth”. It was back in 1983 when Hubbard launched “The Writers of the Future” writing contest which was so well-received and so successful that he would later create the accompanying “Illustrators of the Future” art contest in 1988.

What’s quite wonderful about these contests is that the winners do not just receive a cash prize but also mentorship.

The results of the contests are published on the annual bestseller L. Ron Hubbard Presents Writers of the Future which is on its 33rd volume this year.