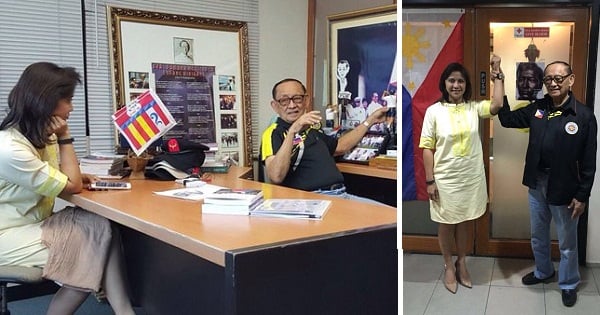 When Mocha Uson Blog shared a photo of former President Fidel V. Ramos raising the arm of Vice President Leni Robredo in an apparent show of support and victory, many of her followers were greatly angered. After all, Ramos was one of President Rodrigo Duterte’s staunch supporters and key advisers during the campaign period but the former president seems to have withdrawn his support and has now become of Dutere’s staunch bashers.

Meanwhile, Robredo has also been ******* the president, making his supporters angry that she would be doing that when the election period is over and she should be working hand in hand with Duterte.

Let us clarify the matter, however, to prevent further speculations over what Ramos and Robredo could be ‘plotting’ in their recent meetings: the so-called ‘meeting’ actually happened just a day shy of the campaign period, specifically last February 4, 2016.