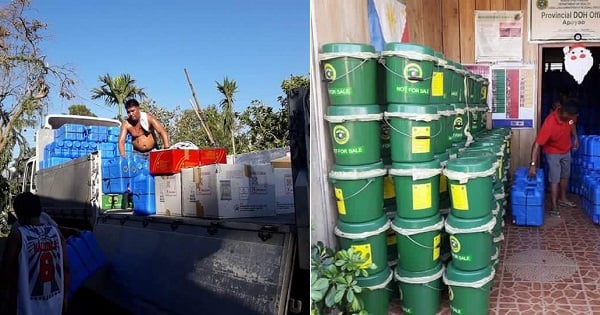 It could not be denied that while food and water are among the primary necessities during disasters, it is also important to provide medical supplies and hygiene kits to affected families as hygiene supplies are the least of the supplies they try to save as they flee from danger.

For this reason, the Department of Health (DOH) CAR has joined the relief efforts to the areas affected by Supertyphoon Lawin, sending medical supplies with hygiene kits, water, plus other non-food essentials in aid of the relief goods brought by the Department of Social Welfare and Development (DSWD) and charity organizations.

In a post on PTV (People’s Television), it was reported that these supplies had arrived in Apayao.

While no aid from other countries has arrived in the affected areas, private foreign groups had brought donations of bottled water and blankets were given to Cagayan, another area affected by ‘Lawin’.

In a separate post on Facebook, OCD-CAR CRDRRMC revealed that aside from Apayao, medical supplies had also been sent to Kalinga and Abra.