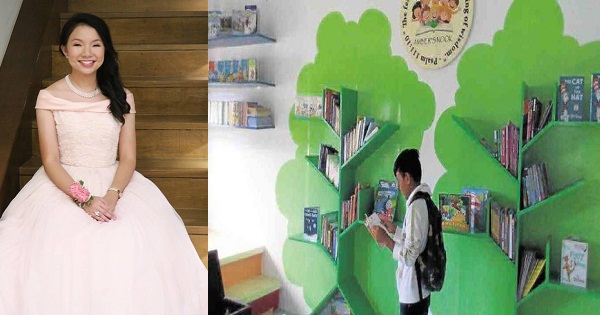 With their family owning a lot of businesses, including being the sole distributor of a well-known car brand in the entire province of Leyte, Amber Yaokasin could certainly afford to have a grand debut party anywhere she liked yet she chose to do something more meaningful and long-lasting, instead.

“I was thinking that if I would celebrate my birthday by holding a party, it would just be a one-day event and we would spend so much,” Yaokasin said. “But if I would donate a library with books in it, its effect would be long-term because it would be enjoyed by pupils not only this school year but in the years to come.”

Yaokasin chose San Jose Elementary School (SJES) in Tacloban City, Leyte as recipient for the donation. The school had been among the ones devastated by Typhoon Yolanda. In fact, some 120 kids died after drowning in the storm surge.