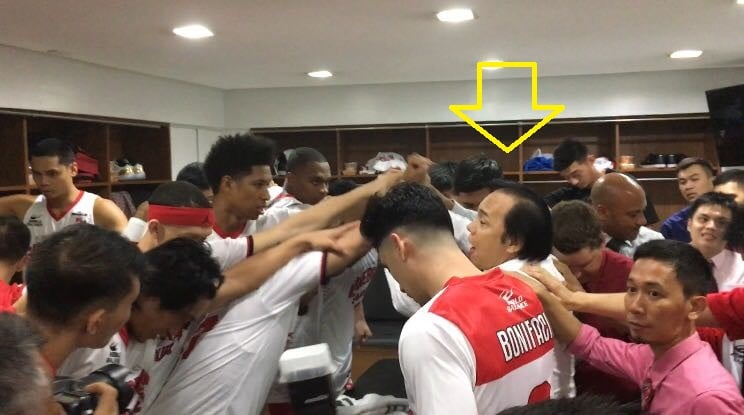 Barangay Ginebra Gin Kings had just own the 2016 PBA Governors’ Cup championship with a score of 91-88 in a victory ensured by the buzzer-beating three-point shot from Justin Brownlee – and fans are going wild because just a few days ago, it was rumored that the team just might win after an 8-year drought as Typhoon ‘Karen’ just might do its magic!

You see, the last time that Barangay Ginebra won the PBA Governors’ Cup championship was in 2008, in the wake of a Typhoon Karen! With the 2016 championship game happening in the heels of the 2016 Typhoon Karen, fans believe that this will work its magic and help make the team win!

8 years ago, a typhoon named Karen also entered the Philippines before Ginebra won the championship. Will history repeat itself? pic.twitter.com/0IVy42ATU8

Of course, the typhoon physically had nothing to help in the championship game but fans were wild about the theory, anyway.

Then, despite trailing at the start of the game, Barangay Ginebra managed to score enough shots to even out the opponent’s advantage and, eventually, win the game with that three-point shot!

It did help that the Big Dome was majorly filled by Barangay Ginebra fans – and that Robert “Sonny” Jaworski gave them a pep talk during half-time. Despite the 13-point deficit, the team came alive after the half-time break and won!

But what did “The Living Legend” tell the team in his fiery pep talk, anyway?

“They’re playing too tight. They got to loosen up. Just play their game,” Jaworski revealed — and the advice worked!

This is Barangay Ginebra’s ninth championship win but only their first after 8 long years. Let’s just hope they would not wait for another Typhoon Karen to win their next title!