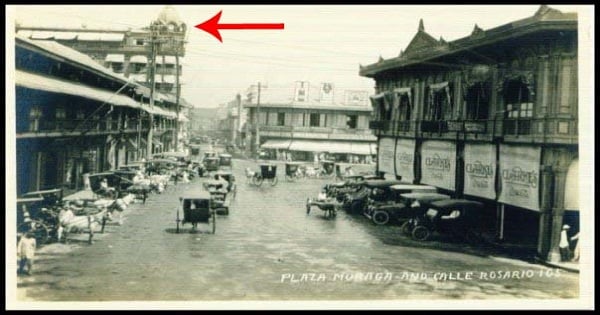 The Philippines has plenty of historical buildings still standing today.  To me, this particular building really stands out as it is one of the few that has survived the test of time and war.  I am going to make the photos speak for themselves.

The Uychaco building (red arrow) was built in 1881, at Plaza Moraga in the financial district of Binondo, Manila.  The photo was probably taken between 1910 and 1920 as you can see a few Ford Model T’s mixed in with kalesas on the street.