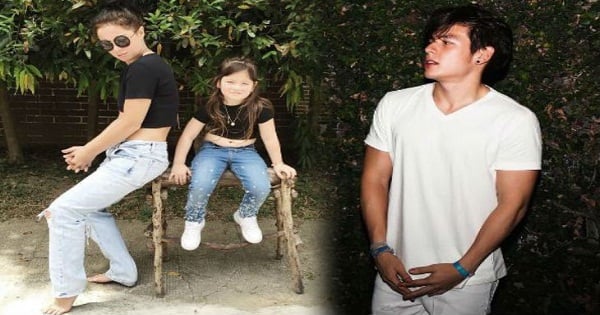 People had always thought that Albie Casiño is the father of Andi Eigenmann’s daughter Ellie; though there had also been speculation that it was Jake Ejercito who actually fathered the girl. Albie had always denied that he’s Ellie’s dad yet he was much hated on social media by Andi’s fans who believed that he’s just trying to escape from his responsibilities.

Andi had never confirmed who the child’s father was but had posted that Jake had always been a good ‘father’ to her kid as he is always there for the child.

On Thursday’s episode of the “Good Times with Mo” podcast, however, Andi’s half-sister Max Eigenmann revealed that Jake is actually Ellie’s real father.

“You know he (Jake) is the father of my niece, right?” Max asked.

When Mo tried to clarify the statement, Max added, “No, he is. They did a (DNA) test… Yeah, he’s the dad. That’s why he always posts photos of my niece.”

Max, however, said that she thinks there is no chance Andi and Jake will get back together as a couple, especially because Andi now has a boyfriend.

Max added, “But he’s a really good guy. He is a friend also and I consider him family because of my niece.”