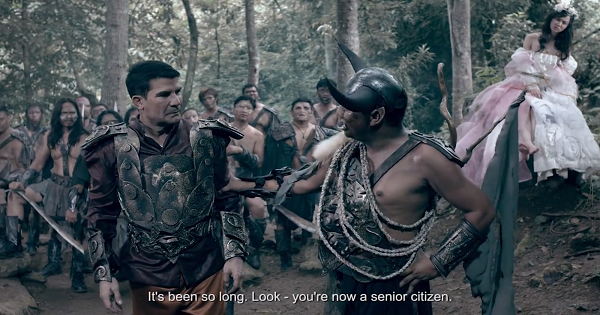 If you are fond of watching Filipino movies or TV shows, then you can probably predict what will happen in the entire flick even if you’re given just a few details – that is how predictable most of our local films and TV shows are.

Of course, not all fall into this category but even the ones shown in major film festivals and popular TV networks often go for the same types of plots over and over again.

For example, in most stories, love teams always have a third or fourth person to mess up with their relationship – and often, the lovers either come from one rich and one poor family or they are from rival families. Then, there’s this penchant for kidnappings that most often happen near the climax of the film or soap opera. Of course, love always wins in the end, the bad guys always end up **** or in prison, and the good guys often forgive the bad guys.

As for fantasy series (called “fantaseryes”), there’s always this beautiful queen or leading lady who gets kidnapped by hordes of ugly netherworld creatures who, despite their strength and number, always get defeated by the hero who often uses a sword or some other type of weapon.

A recent ad for the upcoming Cinemalaya by Leo Burnett Manila, however, pokes fun on these predictable plots. Starring Edu Manzano as the sword-wielding hero, he’s gone into his enemies’ lair to save his young queen but just as he was about to win against the head honcho played by Jun Sabayton, the latter begs for them to stop – not because he is sure he is defeated but because he’s tired of the same old plot! LOL.

Check out the ad for yourself and have a good laugh…

Edu balik-action hero!Eto na nga ang pinakaaabangang pagbabalik ni Edu Manzano! Join him in this genre-defining fantasy adventure as he fights his way through nasty hordes, fire-breathing dragons, and a myriad of other creatures from the netherworld. An epic adventure unlike any other!