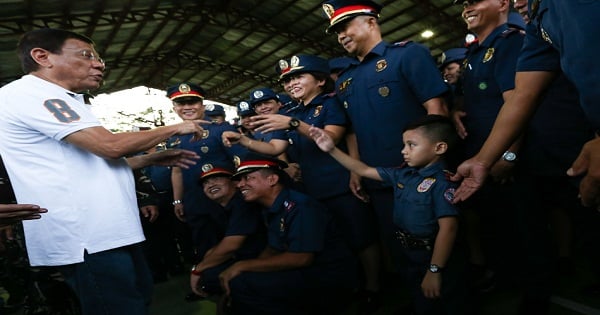 Four-year-old Allih Hachaso wants to be a policeman someday just like his dad, Police Officer 3 Eric Hachaso. And as small as he is right now, he feels ready to serve the country!

Of course, dad couldn’t be happier with the boy’s decision – and readily had a police uniform costume custom-tailored for his son.

Young Allih listened as the president spoke with his dad and the rest of the police officers at the headquarters. And when the president saw him, Allih knew exactly what he should do: he gave his commander in chief a snappy salute!

What a cool kid! I bet he feels so proud that he was able to personally salute the president – and Pres. Duterte seems to be enjoying the boy’s company, too!